Kevin knows how challenging getting an online degree can be. In his 4th year as the captain of the Harlem Globetrotters, while traveling all over the US and the world, in the year and a half it took him to complete his Sociology degree, he played over 500 games in 25 different countries and 150 US cities, traveling over 50,000 miles! Even doing homework at halftime of games in foreign locker rooms.

Kevin's commencement speeches are like no other. As a graduate of an online university, he has an immediate connection with the graduates. He also shares stories from his travels to 101 different countries. Additionally, his 10-year experience as the captain of the Harlem Globetrotters makes his speeches humorous and uniquely entertaining.

Impactful is a common term used by graduates when they hear one of his commencement speeches. Kevin has a way of keeping the attention of the audience with a powerful and entertaining message. Connectivity is at the core of Kevin’s speeches, and he will captivate your graduates when they encounter one of the most dynamic and motivational speakers.

(Be sure to take a look below at numerous feedback from graduates).

Some Past Clients Include: 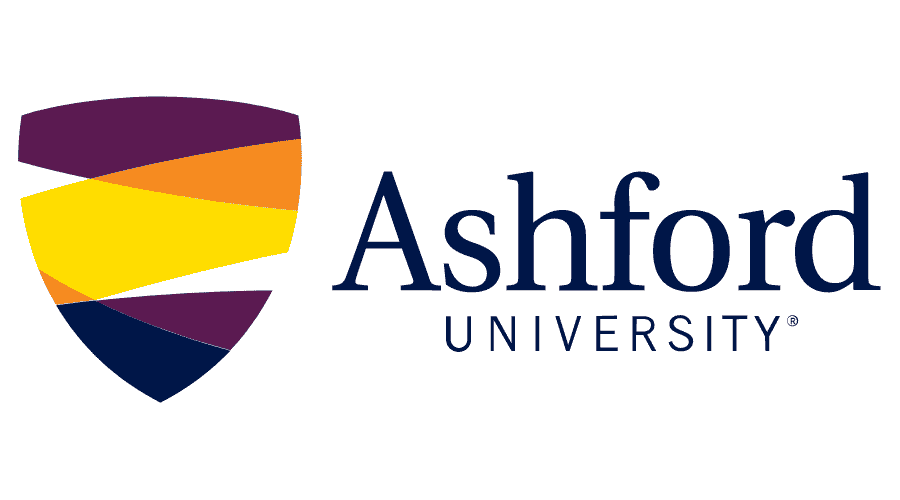 What do Graduates Say: 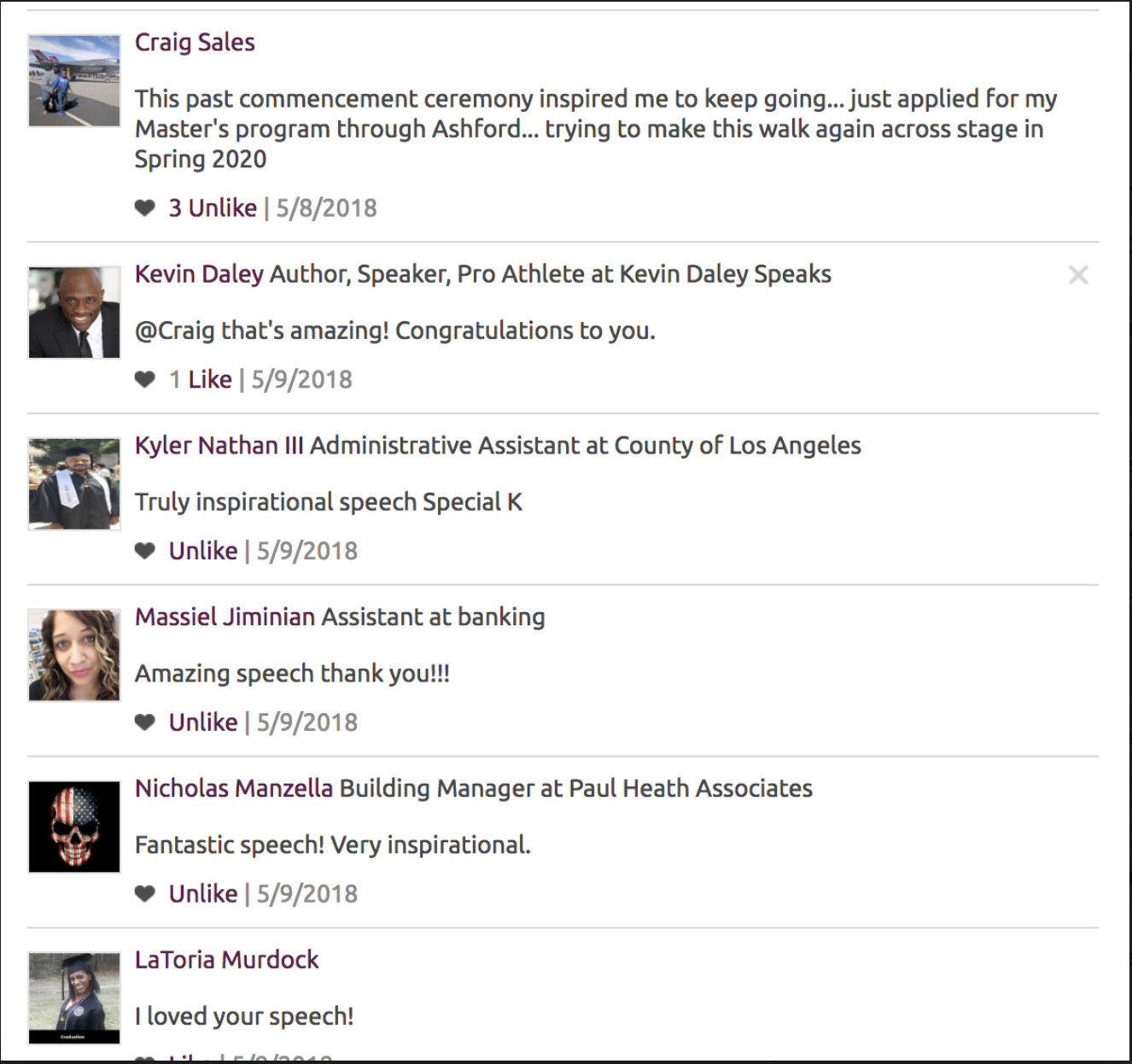 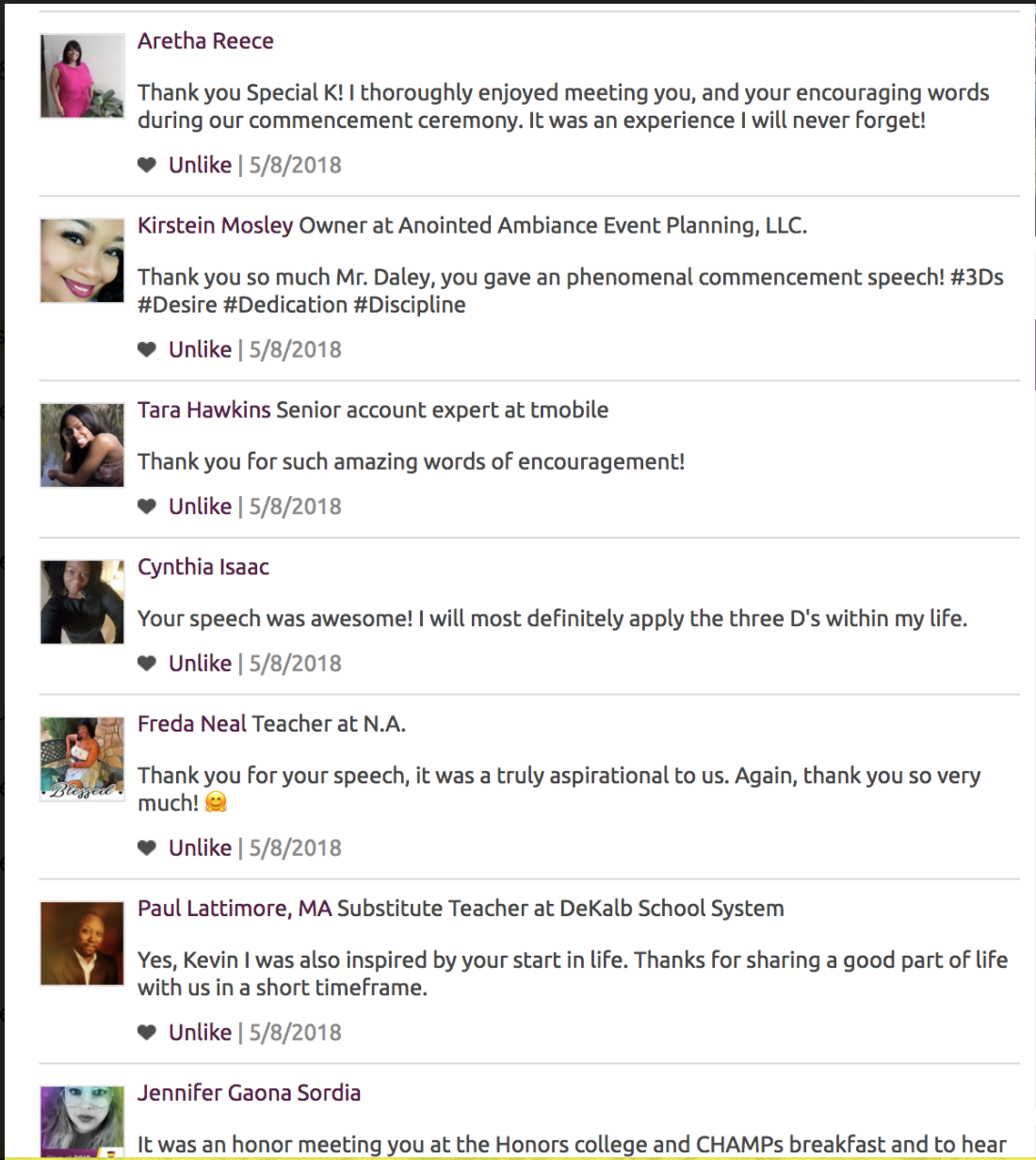 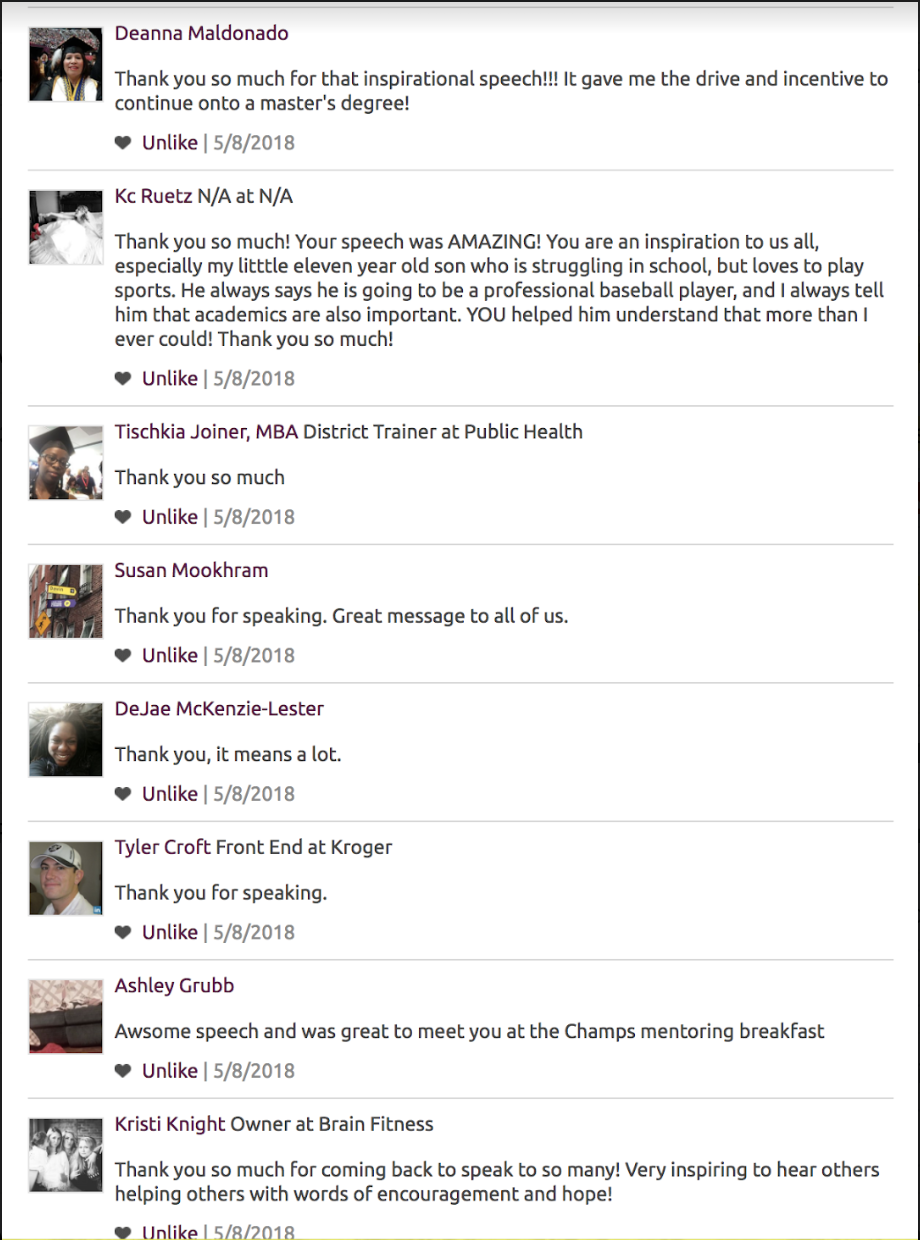 About Your Next Commencement Speaker

Mr. Daley has been featured in hundreds of news publications and on TV shows worldwide. You also may have seen him in one of more than a dozen TV commercials, including the favorite of Michael Jordan himself, where Kevin played the double for Jordan in Gatorade’s number one commercial of all time.

Kevin is an accomplished speaker and published author of several books including the award-winning autobiography “I Never Stopped Smiling” and “1 plus one = 10”, a leadership masterpiece.

As an award-winning speaker, Kevin attributes a big part of his success to his decision to go back to school and earn his degree. Working toward a Sociology degree from an online university, Daley often had to forgo time with teammates or play tourist at many of the exotic locations he traveled to keep up with school work. Daley’s commitment paid off in 2010 as he earned his degree with honors, posting a 3.6 grade point average. Completing his studies while traveling over 50,000 miles to play 500 games in 150 U.S. cities and 25 countries over the past two years is an accomplishment he hopes will inspire others to do the same, especially his own daughter.

Mr. Daley, a native of Panama City, Panama, and a fluent Spanish speaker, is a highly sought-after commencement speaker with a specialty in delivering powerful and unforgettable speeches to Online University graduates. 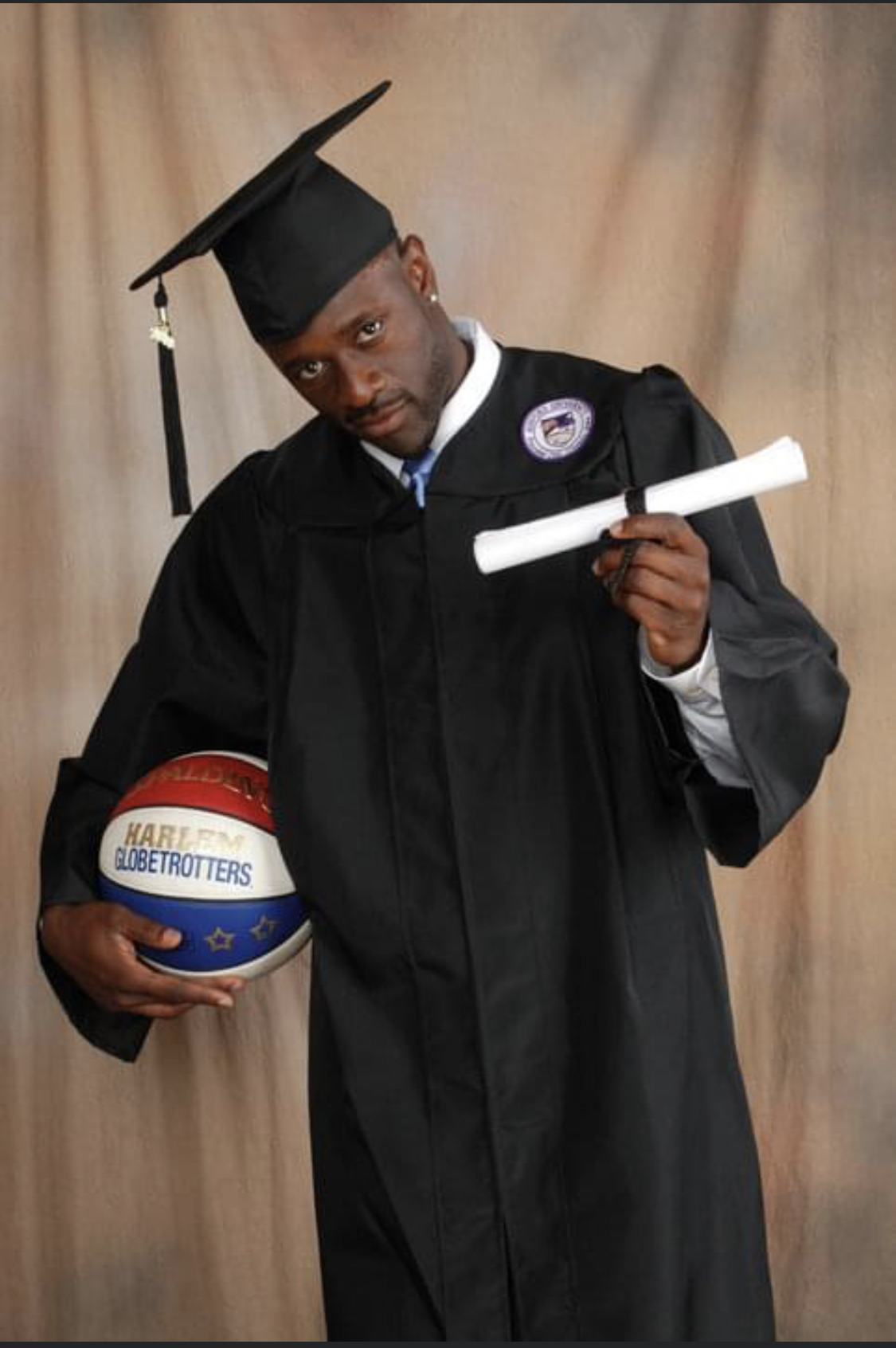